Costal Hammer on Thursday night got 45 people playing. We had over 20 on each side for alot of the battle. Freggin awesome.

The next night weapons bunkers came on. Didn't see it get over 20 until it was changed (same time slot).

Maybe Al Nas CTF to replace any maps removed should the admins decide to do so. Everyone seems to like that map. Although, I suck at it...


-E
"what kind of a man shoots an innocent eagle?"

thought lv no para was going to be gone, and since it is not, why cant we spawn with rpgs or smaws anymore? we dont have anything else to shoot down helos with. wth over?
WE SHOULD BELIEVE IN GOD, FAMILY, AND COUNTRY, ALL OTHERS WE HUNT DOWN.
Top

I recall the Oil Fields map was in rotation a while back. I have not seen it lately as well. Is there a new rotation map list?

Pretty sure DesertCombat version of Lost Village is the one where the sun is turned up to 130% (very bright, in comparison) and the village is "flat" (no terrain features within the village; factory is same level as village, red main is same level as village, etc.) Just one of the few maps that felt "incomplete" after having played the DCF version.

1/5, would not Village there again.
Top

I normally wouldn't say this, but WTF !

Tonight I was particullary anoyed by the fact that we had so many Infantry-maps after another. Three maps, and no verhicle maps in between.
I am not a hater of infantry maps, I even enjoy them sometimes. But 3 after another ?
Can't they be more spread-out across the entire map-cycle ?

Best is yet to come, coz when (finally) Gazala (CQ) came up, i was expecting to get at least one more verhicle map afterwards. Right ?

So i did !nextmap and gues what came up next:

Can't this be changed a little bit? Out of frustration, I left a perfectly fun game tonight.

Berlin came up again because we went /back/ to the rotation. The rotation is not Berlin - Stalingrad - Berlin.

Berlin CTF had been specifically requested, and after playing it, we jumped back to resume the rotation where we had left off. Berlin CQ is the map after Stalingrad CQ in the rotation.

Everyone who actually stayed and played knows that we didn't play Berlin CQ next, and simply jumped to a different map again.

" Just one of the few maps that felt "incomplete" after having played the DCF version."

I dindt know that, so its normally only Stalingrad > Basrah nights > Gazala > Berlin ?
(or at least a portion of it)

Anyway, I think I made a mistake leaving, I allways enjoy playing here..

@zanshin1;
I agree in a more DCF style maprotation, however... Urban Siege should be switched back to DC.7 version !
What they did to market outpost is just plain silly...

Greetz
BF Pirates: All Pirates be stealin' that Treasure, Arrrr !!

Some maps only make sense during peak hours. They are big, they require a lot of players. When things are slow and one of those maps comes up, half the players leave, because nothing happens. No action. The few players left just fool around, making things even less interesting, and more people end up leaving.

Either there's 2 different rotations, for different times of the day, or I think the infantry maps should be favored, because they work (and are action-packed) whether there's just a few players or the server is full.

One more thing... Some maps work both in CTF and conquest modes. Lost Village comes to mind, and that's about it, since they are rare. Sea Rigs might be another example. But most maps are only fun played in one of those modes. Al Nas is much better in CTF. Stalingrad in conquest. Docks in CTF. And so on... In most maps CTF just doesn't work. Who wants to spend a full round and end up with 0-0 on the caps? Isn't that the only clue needed that a map is boring and doesn't work?

Some old maps are just BAD and boring in whichever mode, and flavor, like Bocage, El Alamein, Kursk, Karkov, etc.

And why on earth would anyone consider Lost Village No Para a good thing?! It's a great map, works in CQ and CTF, but the No Para version sucks. It gives all the advantage to the reds, who already have ALL the bases, and we can't even jump... Even with parachutes sometimes it's hard to get that map going, if the blue team sucks. It becomes pretty much unplayable when there's just a few players on. Way to ruin an amazing map, and empty the server.

Another way to look at it is to say that from the original maps of the unmoded B1942, only Berlin and Stalingrad are exciting. And half of the new maps suck too.

Do the admin follow any stats of what happens when certain maps come up, in terms of players leaving, etc?

Anyway, to conclude, I try to play a little everyday, but the crappy maps that show up on the rotation keep letting me down. Sometimes, because of that, when a good map does show up, most people, frustrated, have already left. So even the long awaited great map fails, because of that.

Imagine Gazala with 15 players. No vehicles on main. Crappy blue team. All the reds have to do is repeal a blue white flag attempt every five minutes. Is that what this game should be? Wouldn't playing chess make more sense if you're into something like that?

Look back at the old days, when there were many DC servers. Sure, there were more players, but some servers did it right. Even though there were some good rotations, a Lost Village 24/7 server would always be full. Why? Anyone who stumbled upon a server with a bad rotation would end up there. It was a sure thing. Always fun and action packed. Why? Well, the map is amazing regardless to the number of players.

Now having a 24/7 server, dedicated to just one map, wouldn't make sense. Not enough players, or servers, for it to make sense. But having a very tight rotation of just great maps (like Al Nas CTF, Lost Village CQ/CTF, Docks CTF, Basrah Nights, Berlin CTF, Sea Rigs CQ, etc) would be amazing.

It could be tested, for a couple of weeks, just so the stats could then be compared.

Certainly won't disagree that its time to shake up the rotation again. Although it's also been nice to have the long and varied rotation since everyone's tastes are different, and although what's "BAD" to one person are among the best maps in the bunch to others, it's also understood that once the server clears sometimes it can be a while before a more universally attractive map comes around again.

As of this morning the following rotation has been set:
-Trench
Top

so trench this is nice map rotation and i think the players will like it i know i like it..
and please remove stringers and replace it with c4 nades or something else its so anoying to play berlin and have stringers that cant kill no one but i did kill 1 time with stringer

just a sugestion but it would be nice to have helos

Thanks, Trench. That looks like a great rotation. Should be fun. Hopefully it works out.
Top

Looks good Trench - only suggestion I have is maybe move el al and gazala away from each other. So people who like more vehicles can have a better shot every night.

All and all I applaud the new map rotation.
Top

, but what happened to DC_Coastal_Hammer ?

Anyway, all maps seem well spaced, Except for the large maps.
So I second Pete's call for placing El Alamein and Gazala maps a little further from each other.
Is that possible ?

And finally, I've read about people who complain about having Stingers on the AT spawnkits in maps WITHOUT helo's or airplanes. So I modified the Server version of those maps into different Spawnkits, saved it and put it online for download.
I've opened a new Forum topic where I've explained what I've done, READ ABOUT IT HERE

Keep up the good work.
-Theo
BF Pirates: All Pirates be stealin' that Treasure, Arrrr !!

Oversight on my part - Agree with TheoNeo - COSTAL HAMMER is a great map. Vehicles AND infantry fighting.

Anyone ever had any ideas with the Barbarossa map. Could be a interesting CTF? 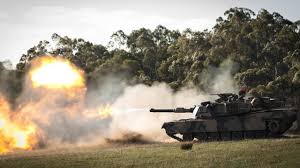 TheoNeo wrote:Anyway, all maps seem well spaced, Except for the large maps.
So I second Pete's call for placing El Alamein and Gazala maps a little further from each other.
Is that possible ?

Understood. We've done it both ways before. If they're spread out, then the folks who aren't infantry-heads or only play plane maps feel like there's nothing for them / too long of a wait until another map comes around.

Weighing that against "almost every other map is smaller / for infantry", I figured at lest for this line-up we could stand two in a row. So that someone who does come just for the flying / bigger maps is able to stay for more than a single round.

I would suggest some maps that are :

this maps are just a suggestion , but I would muto to play them